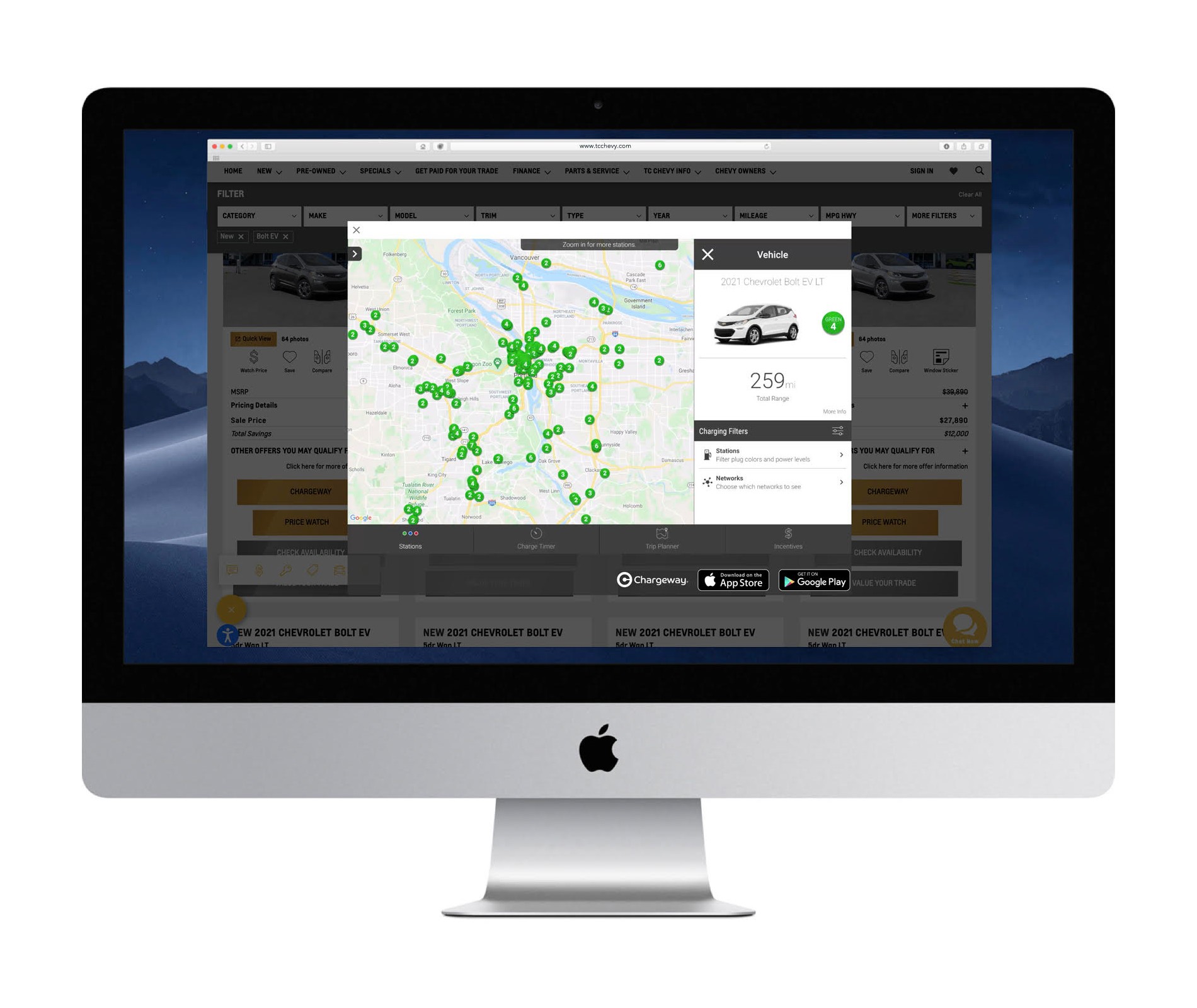 The Chargeway system, which helps EV buyers understand charging stations, speeds, and compatibilities—along with info on utility incentives—will start to show up in dealer websites

The Chargeway visual EV charging platform, which helps car shoppers locate and understand charging stations, speeds, and compatibilities, can already be found in pilot programs in more than 20 dealerships across several states. Now, it will start to appear in those dealers’ digital showrooms—their websites—where many customers start research on new vehicles long before they set foot in a showroom.

Last year, Chargeway’s 4-foot-high kiosks (called “Showroom Beacons”) demonstrated that when shoppers receive clear, simple explanations of how, where, and when those EVs can charge, they will actually buy more electric cars. 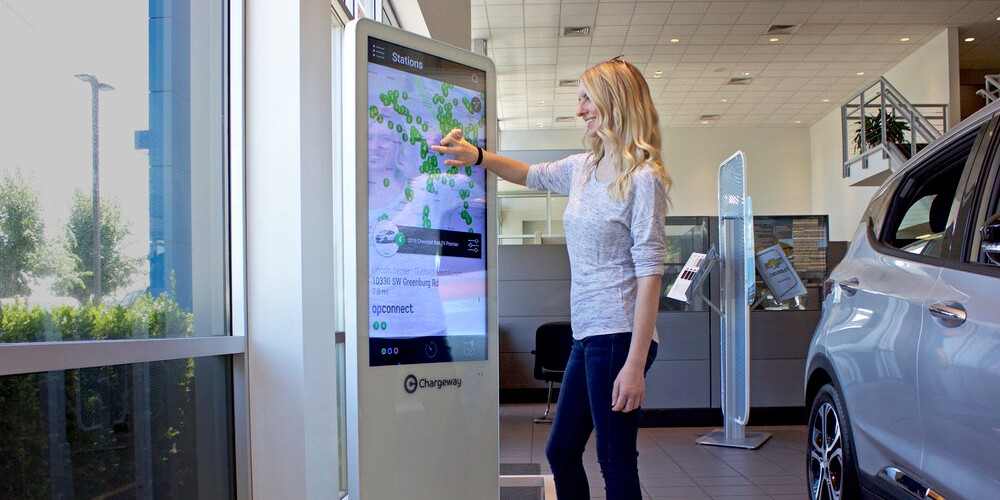 According to Google, 92 percent of new-car shoppers start their research online long before visiting any dealerships. So getting access to that same accurate, localized information earlier in the process should reduce anxiety over whether an EV could work for them.

Here’s how it works: Customers browsing the websites of nearby car dealers will be prompted with a “Chargeway” button next to every electric vehicle in stock. Clicking the button pulls up a list of local charging sites, specific to that exact vehicle.

Like its showroom kiosks and the company’s web app, the “Chargeway Web Beacon” gives shoppers the ability to calculate charge timing at different locations and map travel routes for the specific EV. Remaining fully within the dealer’s site, it also provides information on various incentives—tax credits and local utility rebates—for installation of home charging stations. 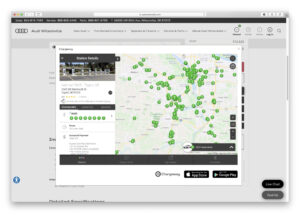 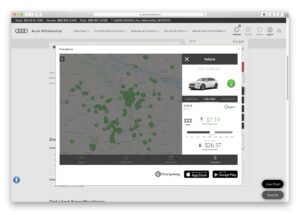 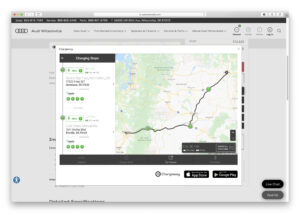 The first two dealerships to integrate the web beacon into their sites already have Showroom Beacons on their display floors. Both are in Oregon: TC Chevrolet of Ashland and Audi Wilsonville. They’re clearly fans: “Any dealership that says they don’t need Chargeway for their website and showroom is either lying or shouldn’t be trying to sell [electric] cars,” said Rodney Maxwell, general manager of TC Chevrolet.

The platform will roll out to more dealer sites as the Chargeway plugin is developed for each of the several back-end systems auto dealers use for their own websites. It will be available first for dealership websites managed by Sincro and Dealer.com.

The timing of the rollout aligns nicely with a raft of recent EV announcements and aspirations by nearly a dozen automakers selling new cars in the U.S. “Almost every major automaker has announced plans to go ‘all electric’ or ‘mostly electric’ within the next decade,” said Chargeway founder Matt Teske. “But the burden is on the dealers to sell those electrified cars.

“The ones who adapt to that EV buyer and learn to respond to questions about range anxiety and charging networks with facts, instead of hearsay, are going to prosper while others fall behind.” The Chargeway mobile app can be downloaded from both Google Play for Android mobile devices and the App Store for iOS devices.